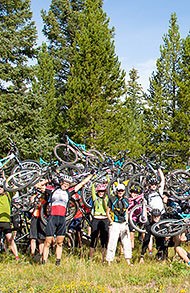 Yeti Cycles was at the forefront of mountain biking's storied beginnings and still dominates today. We're stoked to carry Yeti's bikes. Here's a little more about the company and their machines.

Yeti Helped Launch Mountain Biking
Yeti started as a labor of love in 1985, when John Parker, a welder who built movie sets in Hollywood, bought some jigs and fixtures from a defunct bicycle factory and applied his craft to making mountain bike frames. As an ex midget car and motorcycle racer, Parker knew the only way to legitimize and test new products was to go racing. So he loaded up his frames in the first ever mountain bike team box van and went off to the races.

The frames immediately found a cult following among the racers, who found the Yeti steel frames solid, neutral handling and fast as heck. In 1991 Yeti moved from Agoura Hills, California to Durango, Colorado. Not only was Yeti the preeminent brand among racers, but it was now located in the epicenter of the mountain bike world (today, Yeti is located in Golden, Colorado). 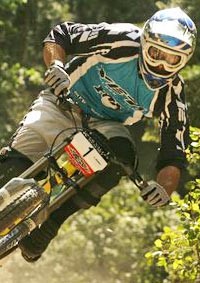 Yeti Innovation
Powered to victory by exceptional talent and innovative race machines, Team Yeti became the dominant off-road squad in the late 80's and early 90's. Parker's ability to find and groom the best racing talent in the country made Yeti the talent factory for the industry. These race teams are now legendary. Names like John Tomac, Myles Rockwell, Jimmy Deaton, Missy Giove, and Juli Furtado found their way into the Yeti pit and into the record books.

Yeti's commitment to giving their racers the best equipment on the circuit has lead to many innovations, too. Yeti was one of the first two companies to work with Easton on developing taperwall tubes for bicycles. Yeti also pioneered the use of full suspension in downhill racing, worked with innovative materials like carbon and thermoplastics, and tinkered with everything from shocks to disc brakes to help racers go faster and win.

Racing is still a critical part of Yeti's product development and they continue to have great racers on their products. And beyond racing, Yeti attracts a worldwide following known as the Tribe. These Yeti fanatics are hard-core, bike-loving devotees who often travel great distances to visit the venerable Yeti factory and meet the people who made their bikes. A few rides on a Yeti and you'll understand why the Tribe members make this journey and love their bikes so much.

Swing by soon! Stop on by and we'll happily show you some of our Yetis, and even let you take a test ride to experience the legendary race-proven Yeti ride!